You know that feeling when you wake up really early in the morning and you have a really hard time opening your eyes or doing much of anything? That feeling normally lasts up until your 2nd cup of coffee. My entire week had this general aura, despite many cups of coffee. The crazy part? It took forever to actually fall asleep at night.

I’ve never been this emotionally drained. I’ve been planning to do stand up comedy today (Monday) and yesterday my heart broke. I needed something to distract me and facing my fear of stand up was it. I tried my best to rise above the lack in energy and it turned out alright. I invited friends and co-workers to laugh no matter how badly awkward it got. They did. It felt pretty good. I think I’m going to need a little time before I have any real energy to devote to getting better, but I’d like to start doing this 2-3x a week (stand up open mics).

I was really scared, I planned on rehearsing [something] the day before, but didn’t end up getting a chance to do so…. I didn’t really prepare anything in result and I’m not funny naturally like some folks. I’m not going to lie though… getting in front of people and attempting to entertain them is my happy place. I didn’t know what I was doing. I stumbled on words and phrases… but at the end of my glorious 5 minutes I felt a high I haven’t felt in years. Boy, I needed it more than ever.

The rest of my week was mostly me trying to see through the haze. You know when  you try to clear a fogged up mirror after a hot shower it doesn’t really get clear at until the moisture leaves the room… That’s my shitty attempt to describe my week. I just kept trying to clear the view, but it wouldn’t get any clearer.

I found myself cursing at the subway machines and getting real annoyed with assholes on the subway who clearly live here and still have no respect for everyone else. It was also really cold. It’s not even funny anymore (it was funny like the first time I realized my face could hurt). I woke up on Friday with a ‘Feels Like’ temp of -17 F.

Sunday actually warmed up. A bunch… I never thought walking in 35F degree weather would mean warmth. I haven’t celebrated Brunch in quite some time (or so it feels) so today I decided to enjoy the beloved weekly tradition with the lovely Chelsea. 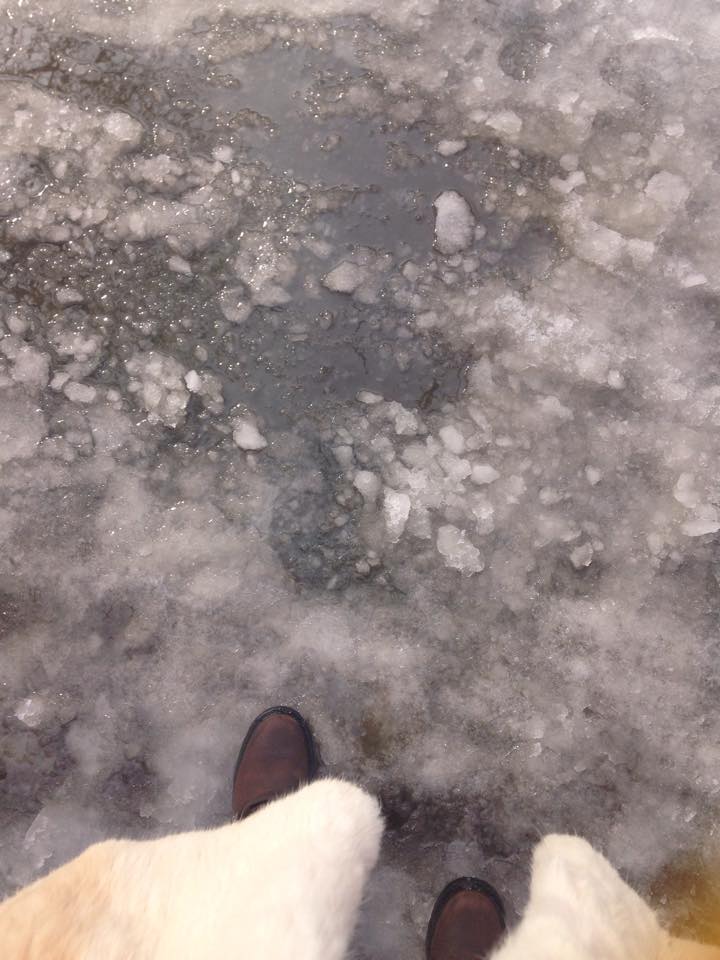 This is what snow looks like when the temperatures get well above freezing. #upper30s #WOOHOO

On another note, I mentioned in January that my new year’s resolution was to donate a portion of my brunch monthly budget to a cause/charity/organization/whatever once a month. This month I’m donating to a friend’s project called Cuffed?. According to their kickstarted page Cuffed? is: “A feature length documentary film exploring important questions about addiction, recovery, and life.

If you’d like to contribute (I’m sure every dollar counts), their page: Cuffed? Kickstarter Page.