Life is a dream.

Not necessarily in the way you might think, however.

These last few weeks I’ve been living in a state of shock that have made my experiences thus far feel as though I’m dreaming. Moving from moment to moment barely recognizing that I am in fact living in a reality — one that I’m having a hard time grasping.

I was working from a coffee shop just below the hostel I’m staying yesterday morning and a wave of gratitude the size of Mount Everest swallowed me. I’m writing from an adorable coffee shop in the middle of Taipei. Please, nobody pinch me — I don’t want to wake up!

Thus far, I’ve been put outside of every single comfort zone I have. If not just a little bit (and a lotta bit). I’m sure there are far more challenging roads up ahead (in fact I know there are), but it’s safe to say this first stretch has been a practice in adaptation & acceptance. I’m barely succeeding in the adaptation portion so acceptance is lagging somewhere behind.

Among the many comfort zones I’ve left behind, riding a scooter across Taiwan was definitely at the top of the list. It also turned out to be the most exciting experience I’ve had — check out my latest Instagram post for some short videos. I can go on and on about all the shit that has made me uncomfortable (in all the good ways), but honestly I’m trying not to focus on them.

Adapting to an environment takes me a hot minute, but this lifestyle changes your environment constantly. I’m not quite sure how I’ll ever keep up, but I look forward to the day that finally happens. The inconsistent nature of this lifestyle is difficult for me… As I’ve mentioned before, I *really like to plan things out. But, just this morning I had to make some last minute flight changes that will put me in a country I didn’t expect to go to for another month — tomorrow. I’ll be arriving at 4.20am and have no clue what I’ll do, but I’ve decided to let this one play out. I’m not booking a hostel (gasp) in advance and will just figure things out when I get there. The thought of this has already given me enough anxiety to last me a lifetime, but after some yoga & meditation I’m actually quite excited for this unexpected detour.

I’m already finding myself having to problem solve. Yay!

As my time in Taiwan comes to an end, here are some shots from this epic trip to reflect on. 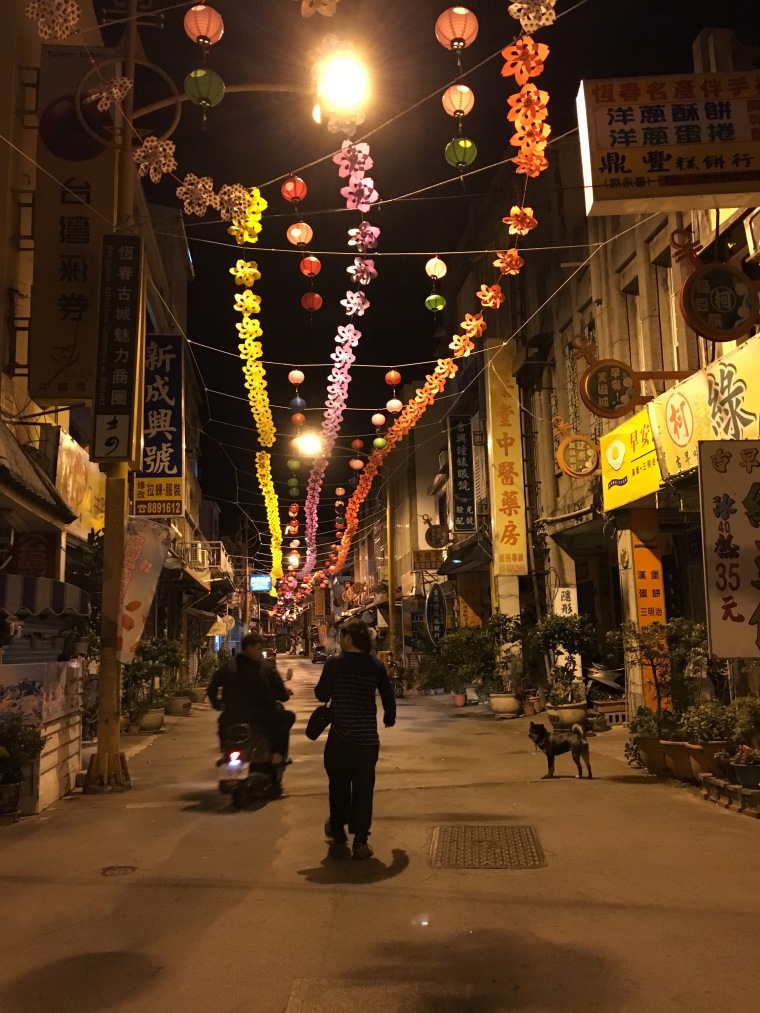 Tiny delightful little streets of old Hengchun. This little town close to the beach was so cute! When we first rode in, the streets were packed and riding through the hustle and bustle felt like a scene I’ve seen over and over in the movies. 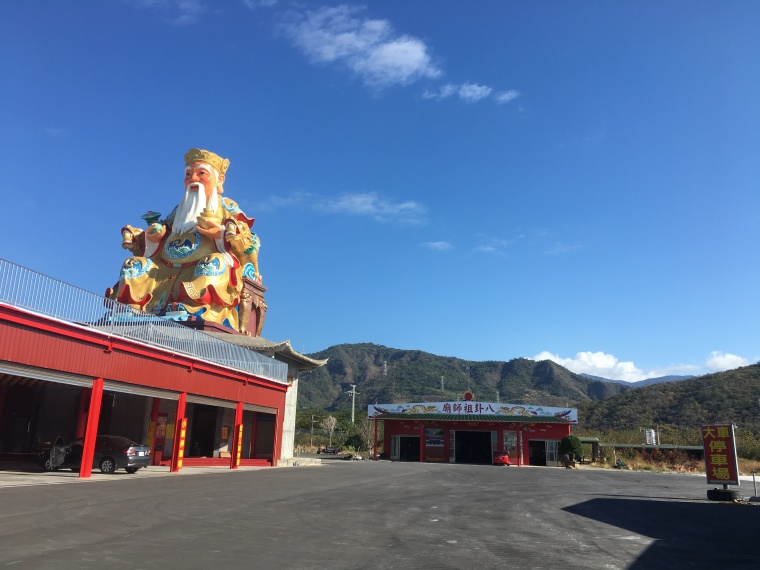 A Buddha for mental health… I think. Along the side of the road. He looked more magical at night all lit up and what not. 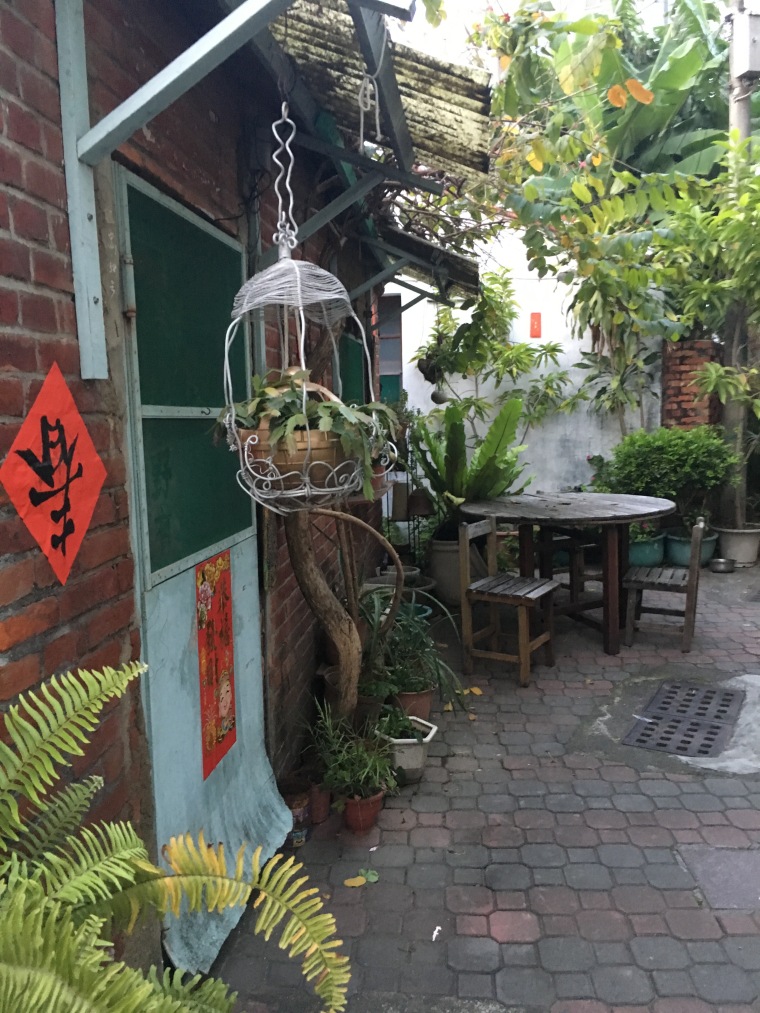 Tainan is filled with these little alley ways and I could NOT get enough. It’s like the epicenter of the city is within these little alleys where people live and business thrive. This is someone’s front porch and it’s adorableeeeee.

Riding through the mountains, scenes like this were constant. Everywhere I’d look (and riding on a scooter you get quite the view points) — there was some sort of glorious valley or mountain peak to drool over. This was still at a pretty low altitude (I think) and closer to the coast. 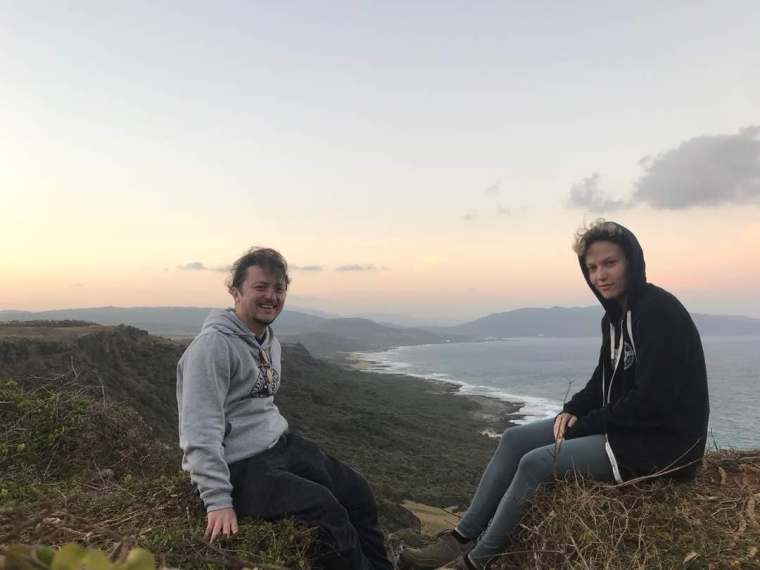 The southern tip of Taiwan was what I thought I’d see along the whole Eastern coast. It wasn’t, but I’m glad we got to check this part out. 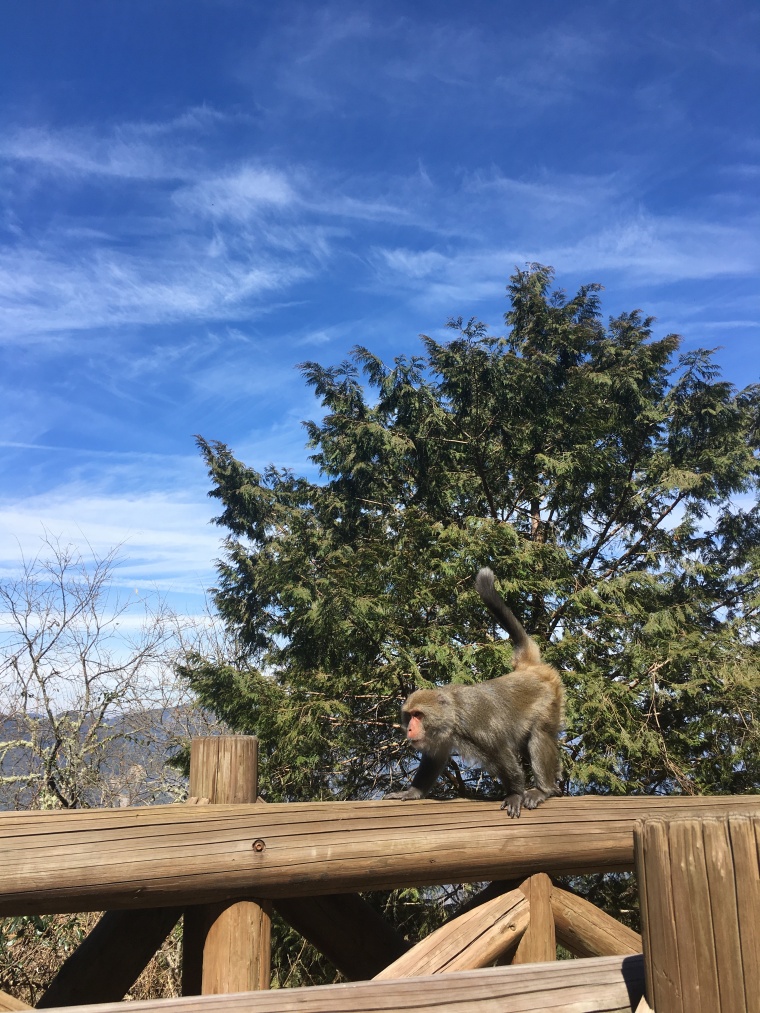 Monkeys! We saw quite a bit of them just hanging out along the highways in the mountains and a few near one of the places we stayed the night. These guys weren’t scared at all. They were hanging out as a group and were just feet away from us. 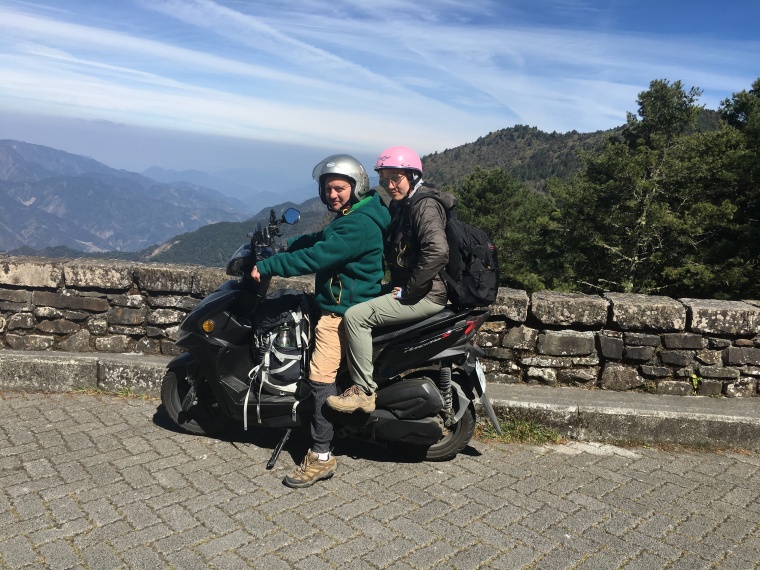 This was our set up for the entire trip. We combined two 40 liter bags into one and put it up front. Our tech was on my shoulders and a smaller bag was in the seat. We layered clothes to get through the mountains and the layers kept me warm… until we reached the highest peak and then literally rode through the clouds (see Instagram post for more). 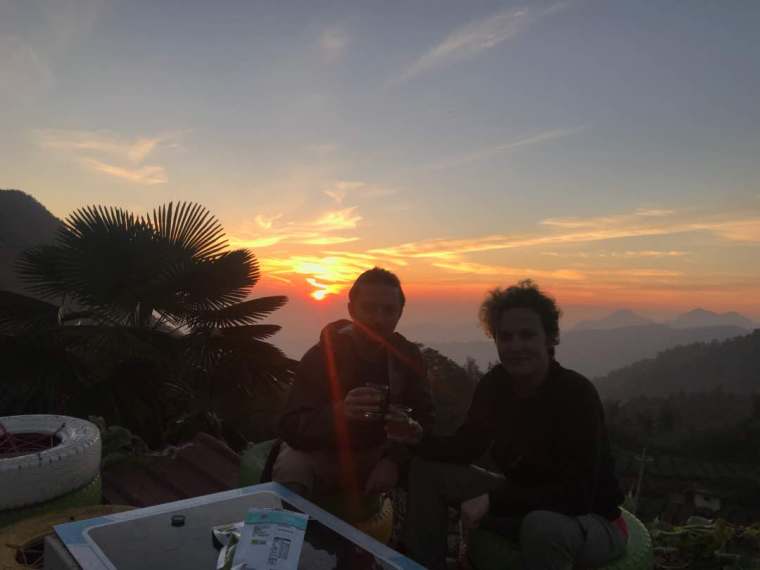 There wasn’t much planning in advance. We had an idea of the towns we needed to hit next, but sometimes the distance was just too much to do in one stretch. This was one of the random stops we took while going through the mountains. No idea the name of the the little town, but I still remember the meal we had when we first rolled in. It was SO good. This was the little setup they had in the back. There was an entire garden filled with plants, kitties and old tires going down the hill overlooking the town’s tea plantations and the mountains in the distance. 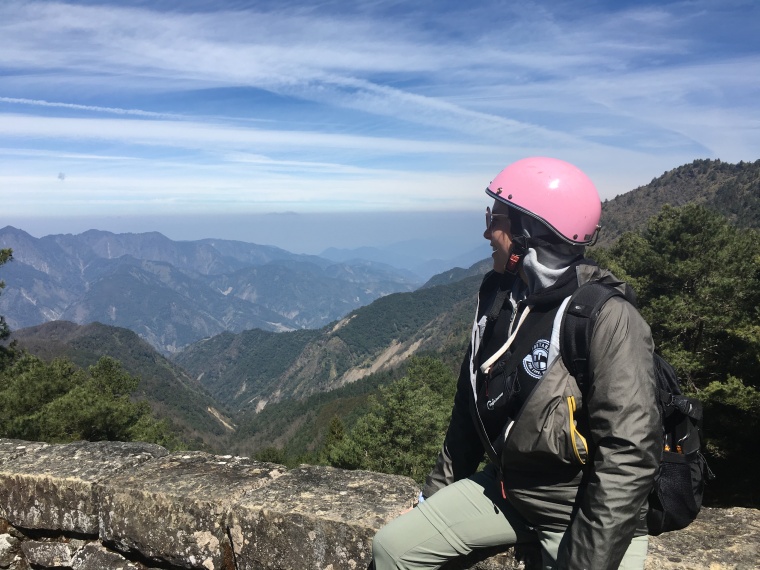 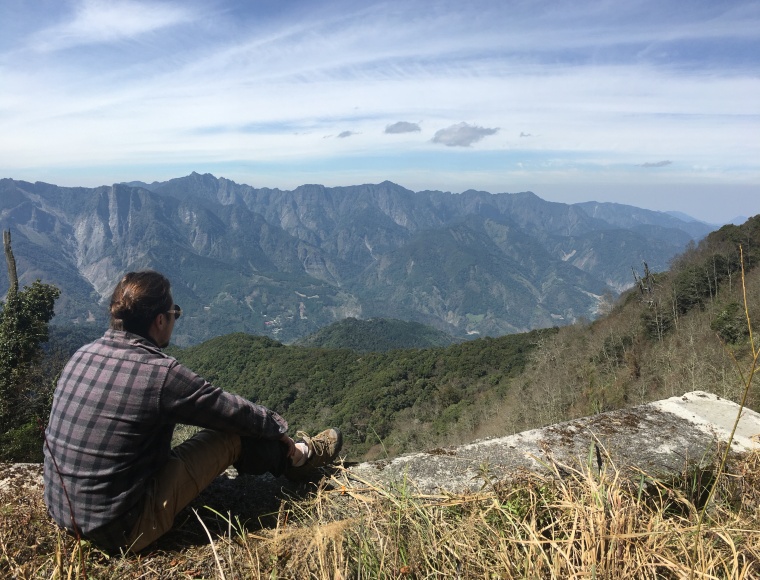 On views on views. 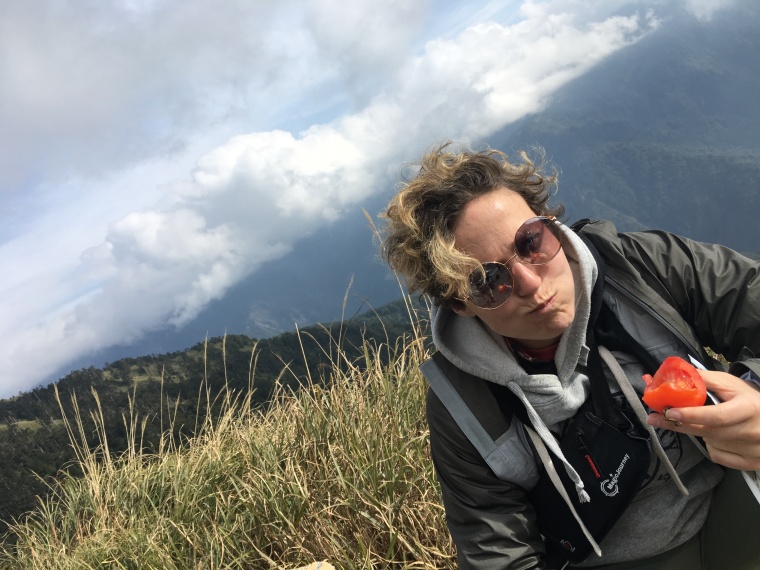 Ahhh this was a really great moment. We were in the process of riding up the initial stretch of the highest highway in Taiwan. That first stretch was my favorite of that day. It was slow and steady. The wind was still pretty warm and it was as if everywhere we looked there was a vintage filter applied…. Like a bronze hue. Does that make sense? It was something straight out of the movies (how many times can I make this analogy?). We took a break to take some photos and eat some tomatoes (which was given to us by a local lady in a small town the day before… She saw us eating lunch across the street and just brought us a bag of fresh tomatoes and a smile). 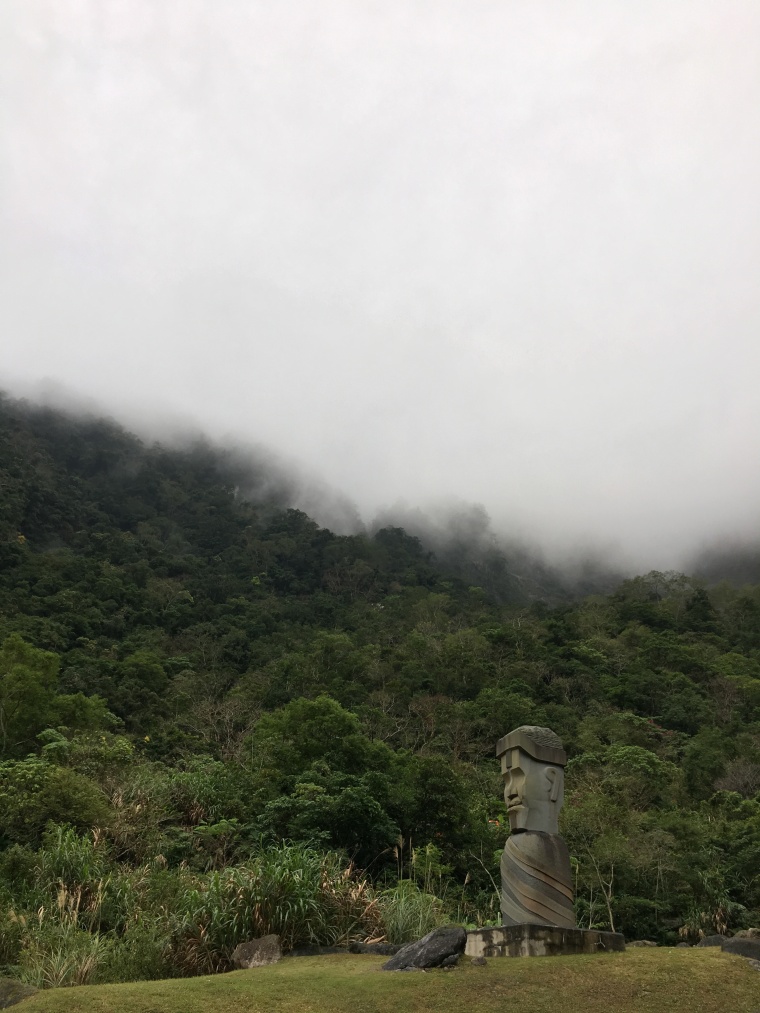 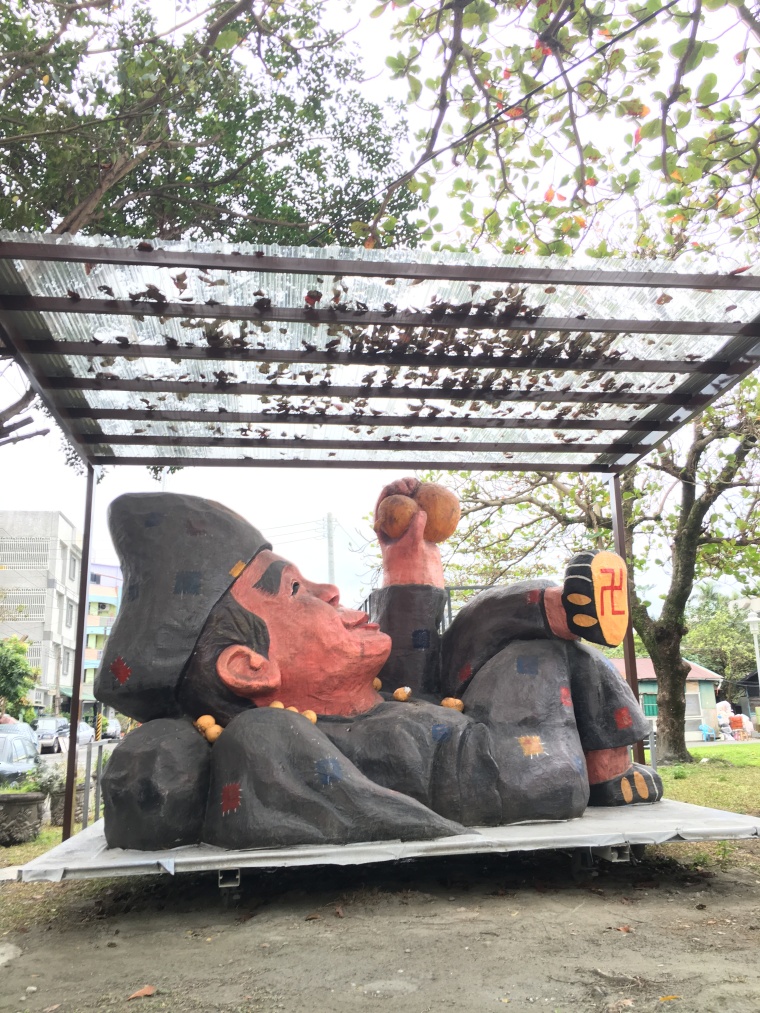 No idea what this was… But the swastika looking symbol on his foot made an appearance quite frequently. Turns out, it’s not a swastika symbol… It’s a buddhist symbol and it’s a backward swastika. The first time I saw this symbol, it was HUGE on a building in Koahsiung. It was really startling until my brother filled me in. 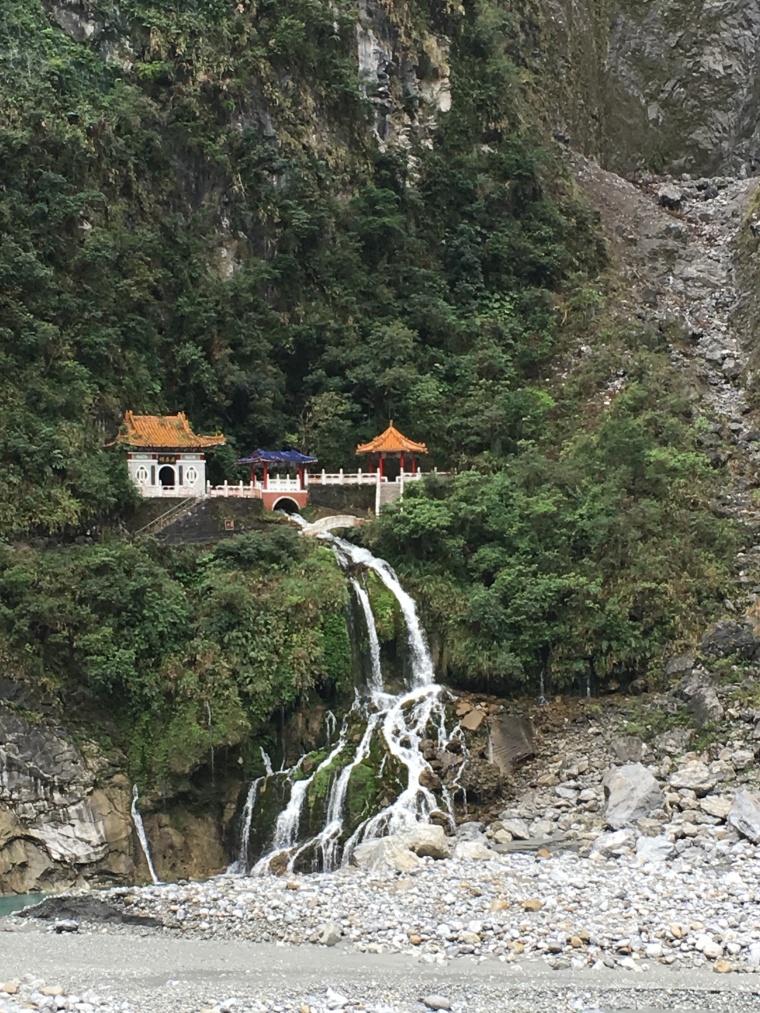 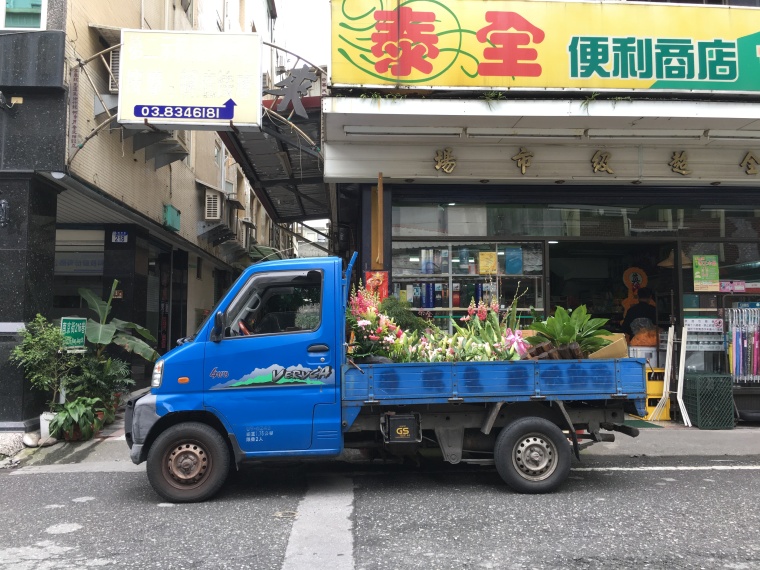 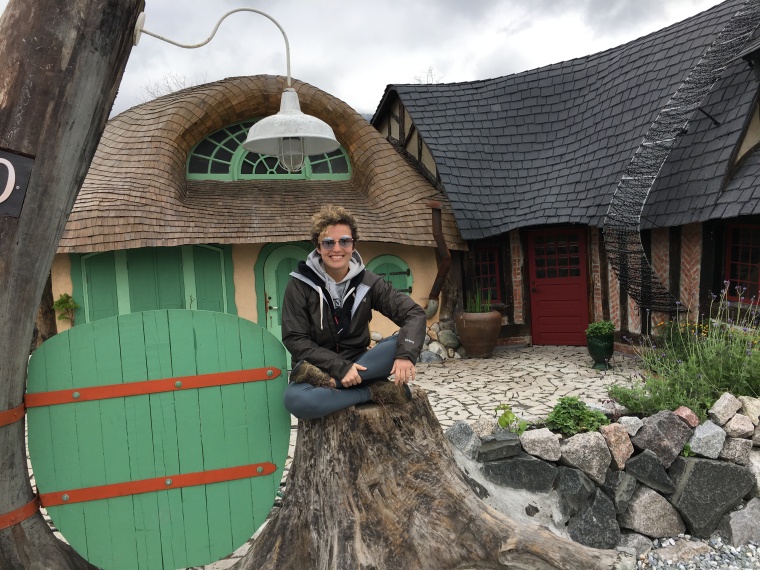 A random little hobbit house in the middle of nowhere. We were on the road to Dulan (I think) when we passed this thing… Still not too sure what it was. 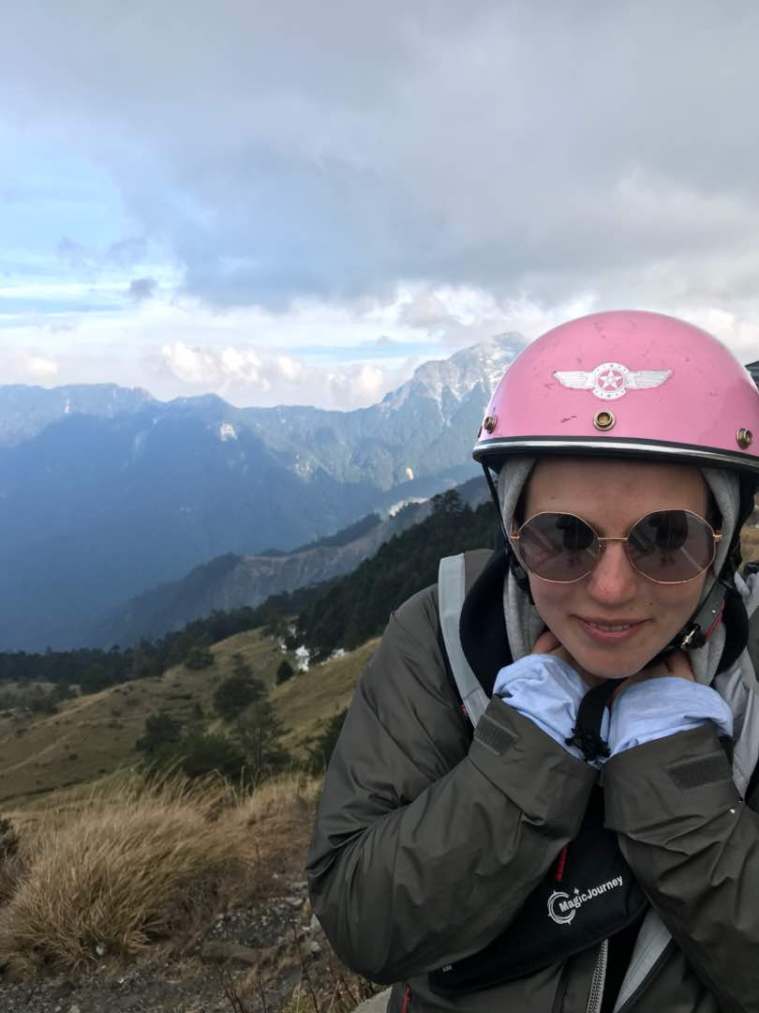 At the highest peak. It was cold even with allll of my layers. I could have used some gloves, but alas I survived. 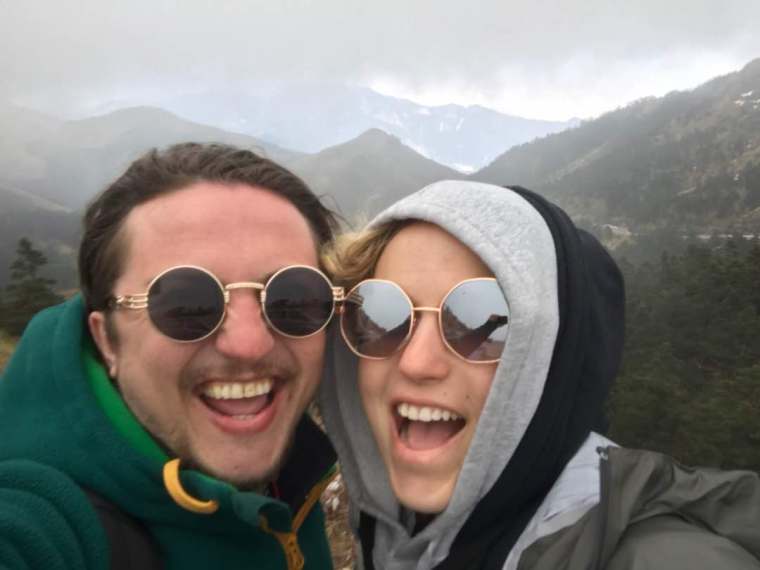 More from the peak. So funny how I thought the hardest part was over. HA. 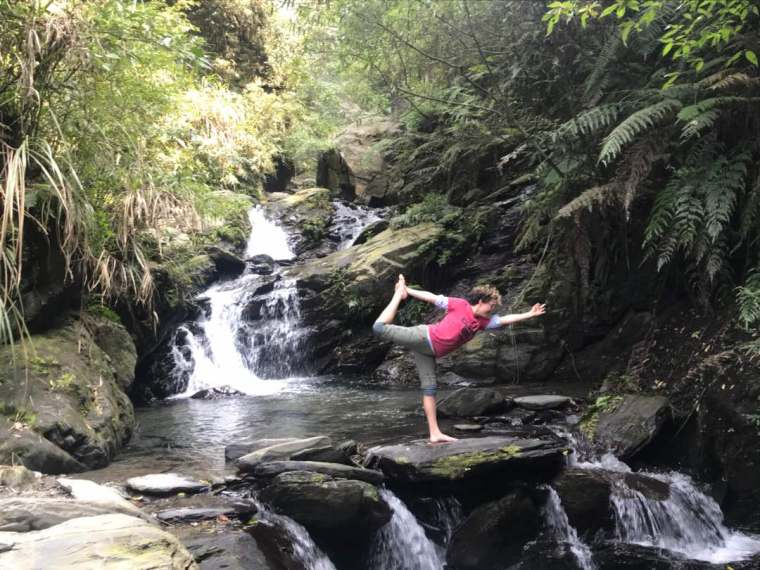 Waterfalls are fun. The water is WAY too cold for me, but they’re pretty to look at. And the short hike is always a fun little adventure!

I’m off on my own now — the bro and I have went our separate ways. Off to Kuala Lumpur tomorrow for a couple of days before hopping over to Thailand for a month. I haven’t followed through with the The PO Show quite the way I had envisioned, but the stories are there so you can follow along 🙂