Day 1 (6.2.14): Whoa. I cannot believe I’m starting on week 3 already! The past 2 weeks were very uncertain and involved a lot of hopping around. I’m starting this next week off with a new home, new roommates, and a new sense of determination. I found a place to live – even if just temporary – now I need to find a job. The thing is, I don’t just want to settle for anything — that is why I came here with some sort of monetary cushion. I’ll keep you posted if anything awfully exciting happens.

Today I went to a Meetup at Meetup HQ in NoHo. The Meetup is called Shut Up & Write; naturally I shut up & wrote. NoHo is rather touristy for my taste, but since I was determined not to be late to this Meetup I left the house an extra hour (on top of the hour it was supposed to take me to get here) I had plenty of extra time to walk around. There’s really nothing, but shops surrounding this area that are of very little interest to me — H&M, Steve Madden, Aldo, etc. Lots of bustling folks on their way to buy more stuff they don’t need. I hope to explore some unseen territory later this week and perhaps check out a museum.

Day 2 (6.3.14): I’m beginning to feel a little guilty of all the awesome time I have on my hands. Not having a job for at least 1-2 months was all part of the plan, but I’m not used to having all this free time. I started applying to more jobs when I moved in. My thinking is, however, all these resumes and cover letters are for nothing. Unless I know someone willing to help me, the likelihood of me getting hired is very little. I’ve been to Meetups and met people, but there isn’t a Meetup I’d like to attend for at least a couple of days so I decided to just hitch a post at a park and catch some friendly chit chat with strangers. Perhaps there is someone out there who will think I’m awesome enough to help me out with a job.

Today I went to Bryant Park.

I read online about a cool music event someone is hosting at Bryant Park every Tuesday so I thought I would simultaneously check that out! By the time I got there the clouds were looking gloomy as ever and the band was too hesitant to play. I did however catch some friendly chit chat with a pair of folks who were there to Tango (apparently there’s a really cool Tango community here in Manhattan). I plan on joining, for sure! I also met an adorable older couple who were running from the rain (I was comfortably sitting under  giant umbrella when the sky started to cry). The addition of awesome people into my life is always a win.

In this case, I partook in a whimsical conversation about life, books, Russia, and the future unknown.

– Stroll through Chinatown with Bubble Tea in hand

– Walking over the Manhattan Bridge into DUMBO

– Exploring DUMBO — we actually also met the ‘owner’ of DUMBO who was pretty adamant about us trying out his carousel on the shore. 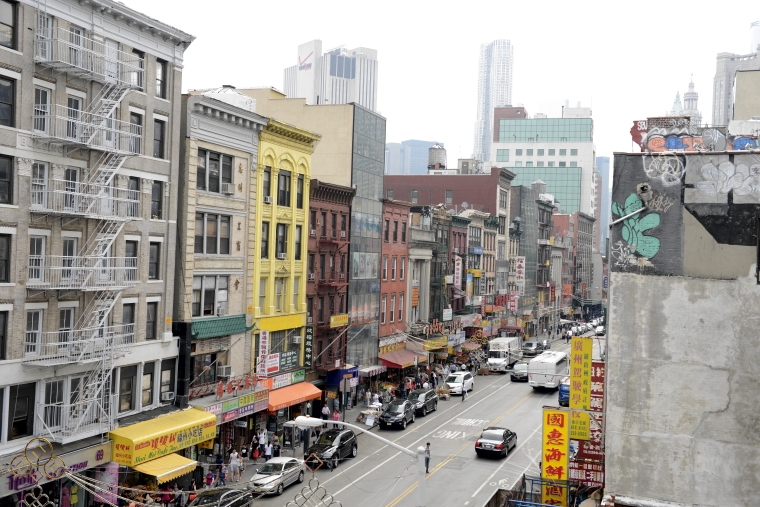 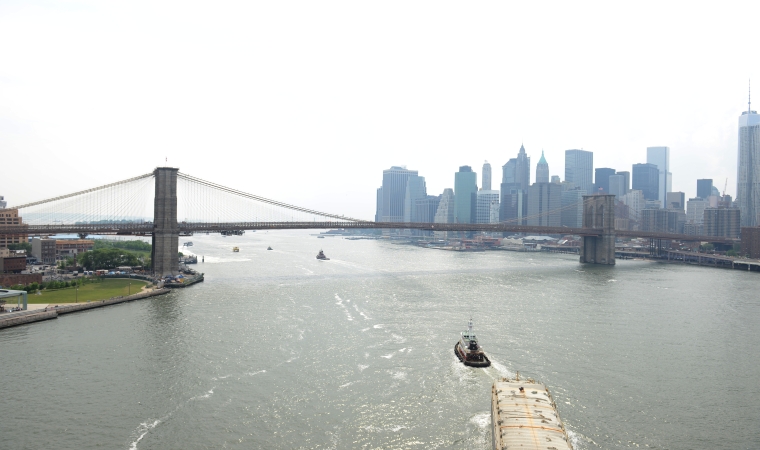 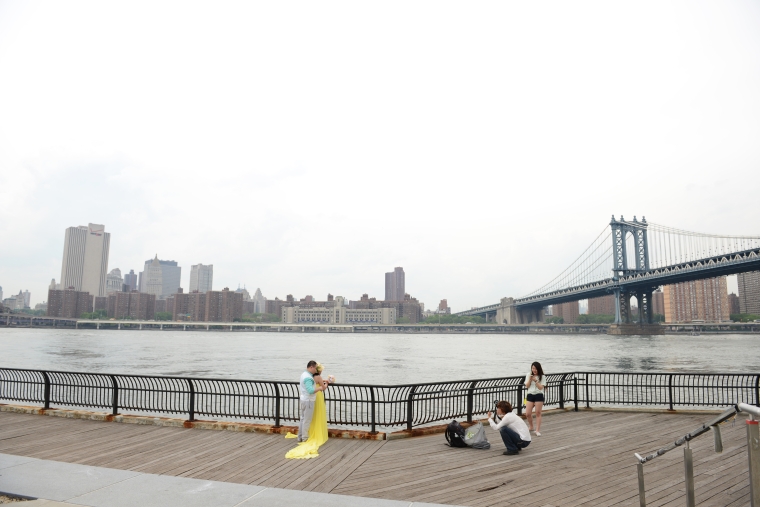 Day 4 (6.5): Did I mention I’m getting quite antsy not having a job and all? Well I did now. I didn’t have any plans today — other than buying some groceries and making a new batch of food (I cook in batches so that I don’t need to make something new every day). Nothing excited much happened today… I’ve been scouring craigslist for possibilities that didn’t sound like a nightmare (traditional administrative office jobs) and sending out numerous resumes and cover letters — holy shit do I hate writing cover letters.

I made a delicious israeli couscous medley with edamame, corn, and spinach in a garlic sauce.

I also started watching Orange is the New Black. So good.

Day 5 (6.6): I’ve decided that since I am unemployed at the moment (this was planned btw) I should use my time towards a project. This blog is kind of a project, but doesn’t really require too much of my time. I’ve been taking pictures, but definitely not the way I’d like and not nearly as often. I’m starting several new photo series today that will be on here starting probably next week.

Today I ventured a little bit in my own hood — north Manhattan. It’s nothing like suburbia and was a little scary at first, but I’m starting to appreciate it’s charm. It’s a Dominican neighborhood so I checked out some latin food today for lunch. I actually decided on a Venezuelan place instead of Dominican — a very casual place with a big selection on Patacons (green plantain sandwiches). I went with a new friend I met through Meetup (If you’ve never checked this site out, you should. No it’s not a dating site. Not even close.).

I’m settling in my new place. My room is a tiny white box with a window facing a parking lot. It has a bed. That’s pretty much it. This place also has an awesome kitchen; which is all I really need.

Day 6 (6.7): Today I came to the realization that I haven’t gone to see any music since I’ve been here… odd. There was that time I went to listen to Bach played on an organ in a church and the Argentinean Tango band in Bryant Park, but that’s about it. I joined a website that has free things to do in NYC (an overwhelming amount) as well as provides its users with deals to concerts/theatre etc. I got a ticket for a concert at Carnegie Hall on Monday. I’m rather excited.

Nothing exciting happened today. I got a phone interview for Monday.

I’ve been letting myself relax since I’ve lived here. It’s time I get some structure back into my life. Don’t get me wrong, I don’t like routine in most of my life. But I’m a huge fan of having a morning routine. I love waking up early and starting my day reflecting on life; really helps me appreciate where I am in life. I have been sleeping in rather late lately. Every time I’d wake up at 6.30 or 7am I’ve just been falling back asleep for another couple of hours. Today, I decided to get my day going early. I also haven’t been running on any kind of regular basis since I’ve come here… no bueno. I was working out pretty intensely before I moved and now I feel really out of shape. Time to get it back.

After finishing this post, I’ll be going on a run and workout sesh in Central Park (seriously, the greatest). I’ll be spending the rest of my day preparing for my phone interview tomorrow.